Dana Midkiff has done an amazing job of growing a small handmade wreath business into an empire – and surpassing 7 figures in sales thanks to her Amazon Handmade shop.

Dana was a CPA who did the 9-5 corporate thing for many years.

When her 2nd child was six months old, she was trying to figure out how to pay off some credit card debt so she browsed Pinterest for something she could make. Wreaths stuck and she pursued it.

That was in 2013. Fast forward to October of 2015, when she already had an Etsy shop and several employees.

Amazon Handmade as a category opened and she started setting up shop for when they went live in October 2015.

Six months later, she started with Fulfilled by Amazon (where you send your items into Amazon warehouses to get the Prime badge).

Just two short years later, she was able to quit her office job to pursue this full time.

Since then, she’s moved two warehouses, surpassed 7 figures and never looked back.

In this episode, she explains how she did it, as well as all the intricacies of how to succeed on the Amazon Handmade platform!

You can listen to this episode below, or on your fave podcasting app! 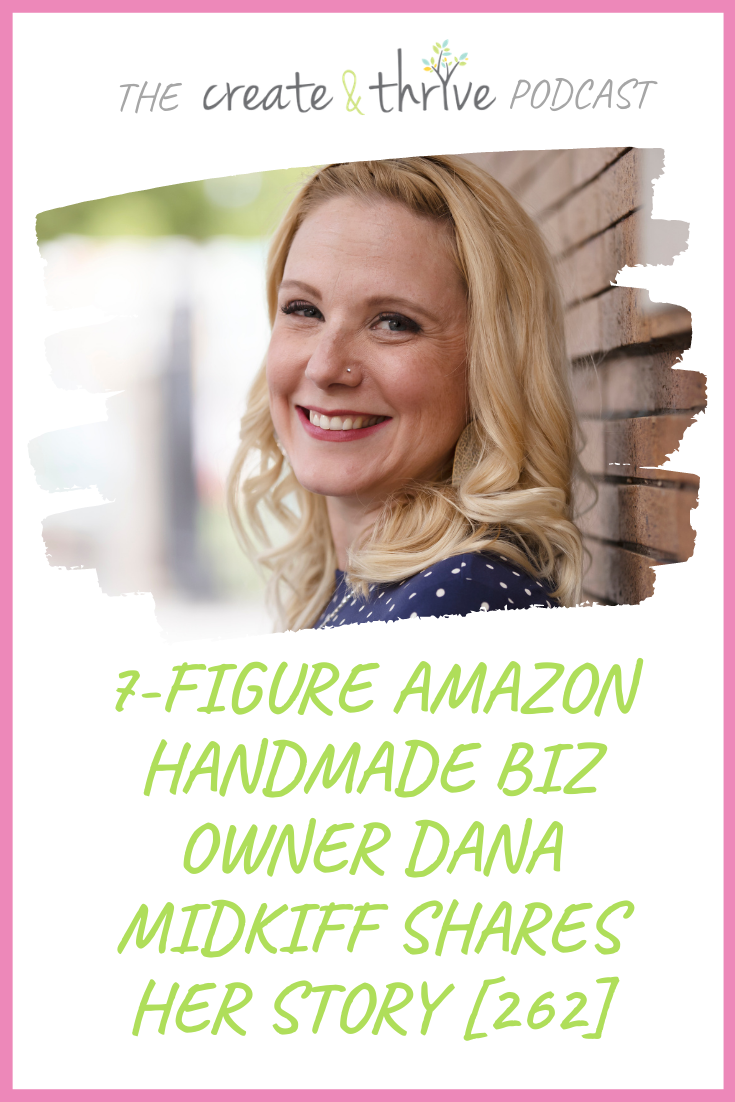 When you sell online, you simply cannot afford to have anything less than stellar photos of your work.

The Create & Thrive Guide to Product Photography has been written for the beginner-to-intermediate product photographer.

Written by a professional photographer, specifically for makers with little photography experience, this e-book will teach you all you need to know to get started on your product photography journey.

Listen to this episode…

You can make a secure donation (of the amount of your choice) via the Paypal button below.

In short – it helps to cover the time and financial costs of putting together a free weekly show to help you grow your handmade business.

Highlights from this episode: