We’re starting a new series here on Create & Thrive called Making the Leap!  We’ll be featuring makers who have just made that big change from part-time to full-time.  They’ll be sharing what it was like: the nail-biting, the butterflies, the ups and downs.  They’ll also dish out advice on how to make the leap yourself.

How long were you in business before you officially took the leap to full-time maker?

I didn’t really make the leap into full-time maker so much as fall into it… or maybe delude myself into it! This probably requires a bit of explanation.

Last spring I left my full-time job after a lot of stress and unhappiness, and I was at a bit of a crossroads. I was tired and confused. The thought of jumping into a new job seemed exhausting, so I took some time off to focus on what I actually wanted to do.

Did I want to continue in my line of work, which was online marketing and content creation, or did I want to consider a new field altogether? I had always loved art and visual design. Maybe I could go to art school? Or take some workshops and see where they led? Or maybe I was totally crazy! The economy wasn’t so great. I should choose security over dreams.

There were two warring camps in my mind: the practical “get a real job” side and the wild entrepreneurial side.

So, I tried to placate both sides by starting a personal project. At the time, I was knitting a lot. I found that knitting helped relax my mind and allowed ideas to flow more freely.

So, that’s how Sheep & Stitch came about. I decided to create a knitting website to share my love of the craft. I was going to design it, write the content, create patterns, film videos, market it, the whole works.

I figured it would make a good portfolio piece if I decided to apply to art school, and if I didn’t, I could use it to show off my design chops if I pursued graphic design. And if at the end of this project, I went back to online marketing, I could use the site to show how I had grown an audience. I was trying to kill three birds with this stone! Working on the site also scratched a creative itch, so it seemed like a win-win to me.

So, I delayed going on the job hunt to work on this site. It wasn’t until a friend saw the design and the videos that she urged me to turn this fun project into an actual business. Her exact words were, “You’ve got something here. Don’t throw it away. Believe in it.” That was the push I needed. 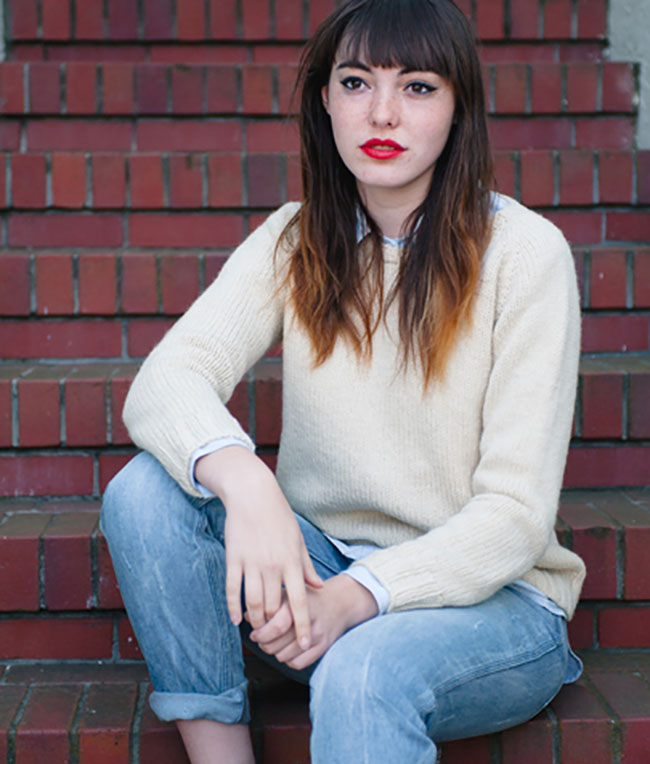 Devina’s new “Classic Raglan” pattern and video tutorial is out!

What was your biggest fear with going full-time?

More than financial ruin, I was terrified of being judged or ridiculed. The desire for approval was so strong! I was scared of telling my family and friends that I was going to devote my time to knitting rather than climb the career ladder. I was scared of disappointing them or being the subject of gossip or worry.

What did you do on your first official day as CEO?

When the site launched in February, I was nervous, excited, slightly nauseous (that was a weird reaction) as I saw the traffic come in. And then I started knitting because that’s what calms me down!

What steps did you make in the months beforehand to prepare for the big leap?

I was a miser. I saved up. I made a list of absolute essential things I needed in terms of practical survival and for the business, and I only spent money on those things.

I also made a list of things that needed to be complete before the site launched and worked towards getting them done. That included photography, a stockpile of blog posts, patterns, videos, getting the social networks up and running, having systems in place for payment, and clearing any weird bugs on the site. 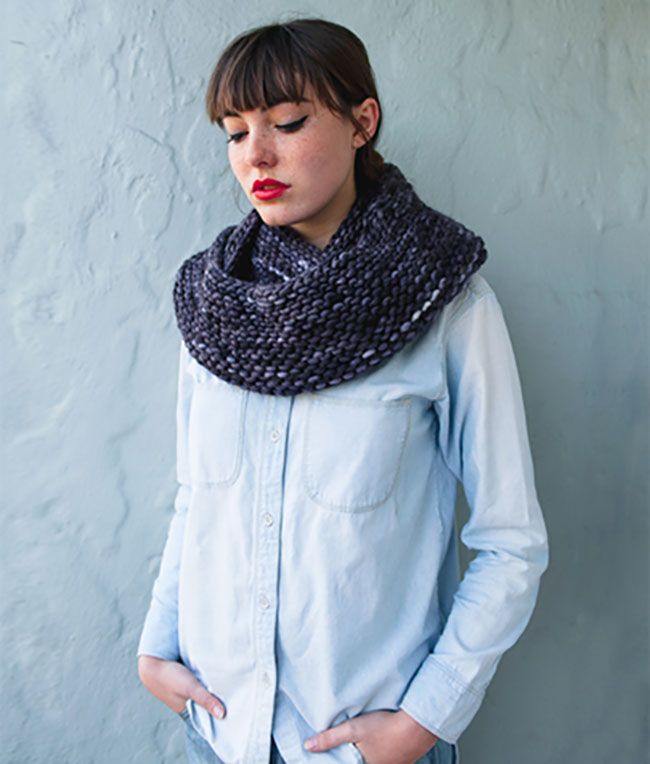 What has been the most thrilling part of your transition so far?

Oh my goodness! By far the realization that I’m doing it! That I put aside the bad voice that kept saying, “You can’t do this. You are crazy” and instead embraced the voice that said, “You CAN do it. You must and it’s possible.” So much of this has been an inner battle and, at the risk of sounding woo-woo, a spiritual journey.

What is the big goal you’re aiming for this year?

I would love to have twelve patterns (plus accompanying tutorial videos) in the store by year end. I’m also toying with the idea of creating apparel for the store. Nothing fancy, maybe a tank top of a t-shirt with some bold knit-related graphics.

Was there anything that you would have done differently, looking back now?

I would have told more people about Sheep & Stitch early on instead of keeping it a weird little secret. I was afraid of judgement, so I kept it hidden. But when the site launched I got so many wonderful, supportive emails from friends and family that I realised most of my fears were unfounded. They were imaginary! I could have used that support when I was in my “cave,” working on the site, but because I didn’t tell anyone, I missed out on that.